Stories have to be told. For us to revel, inspire, and escape. And sometimes, they have to be told solely because their beauty is worth acknowledging and repeating. Stories have to be told. For each one carries a world hugely precious, undeclared, and intricate within itself. Obliging to the calling of his creative soul, Arjun has moulded brilliant tales into photographs. His rendezvous with photo stories began when he applied to film school in 2012. The process required him to submit a photo-story with a 6 picture limit, so he spontaneously wove a dark, emotionally layered tale of two bickering stepsisters. Thus, The Last Straw, his first photo story, came into being. It opened the doors of the world’s best film school, the USC School of Cinematic Arts, for the photographer, inspiring him to only dive deeper into the art.

In 2015, Arjun released Coming Out, a photo story that brought the dawn of his recognition. It explored the persecution faced by homosexuals in India. Departing from the grim, metaphorical world of the photo narrative, Kamath then dived into Avani, a tale rich with emotions, submerged in color and earthiness. Reveling in the recognition the pictorial story garnered, Kamath moved on to explore the dark world of Ranika through Colour of our Skin, a tale that sprinkled light on the dearth of us humans embracing each other without any superficial biases. Laying the vices of the society under crystal clear waters, these stories give voice to the disheartened. As a result, they have stirred plentiful social activism throughout India. A master at capturing colors and delineating emotions, Kamath stirs an effortless magic into his stories. The narratives seem to come alive, inviting the viewer to explore their best-kept secrets with excellent performances and enthralling narrations. Prepare to disconcert some of your deepest set emotions- courage, malignancy, love, fear, hope- as the stories make you ponder upon disheartening realities.

The feeling that you’re just a split-second away from being engulfed in a pyre of blazing flames. That the ghosts of your present loom around you, playing a constant cacophony of your fears and insecurities. That you’re unsafe in your own home, like every object and person in there is excogitating to kill you. That’s how it is with this monster called Anxiety. It slowly creeps up in the palace of your mind and starts devouring everything inside, till all that remains is grim wreckage. In the recent past, I had a stern encounter with the beast myself, which left me feeling uneasy, confined, and helpless for months. It got to the point where it changed the way I perceived and reacted to many things, and it was extremely nerve-wracking for me to be in a constant state of discomfort and unrest. Luckily for me, talking to the people I was close to helped immensely. But at the same time, not everyone gets this lucky, do they?
Discover 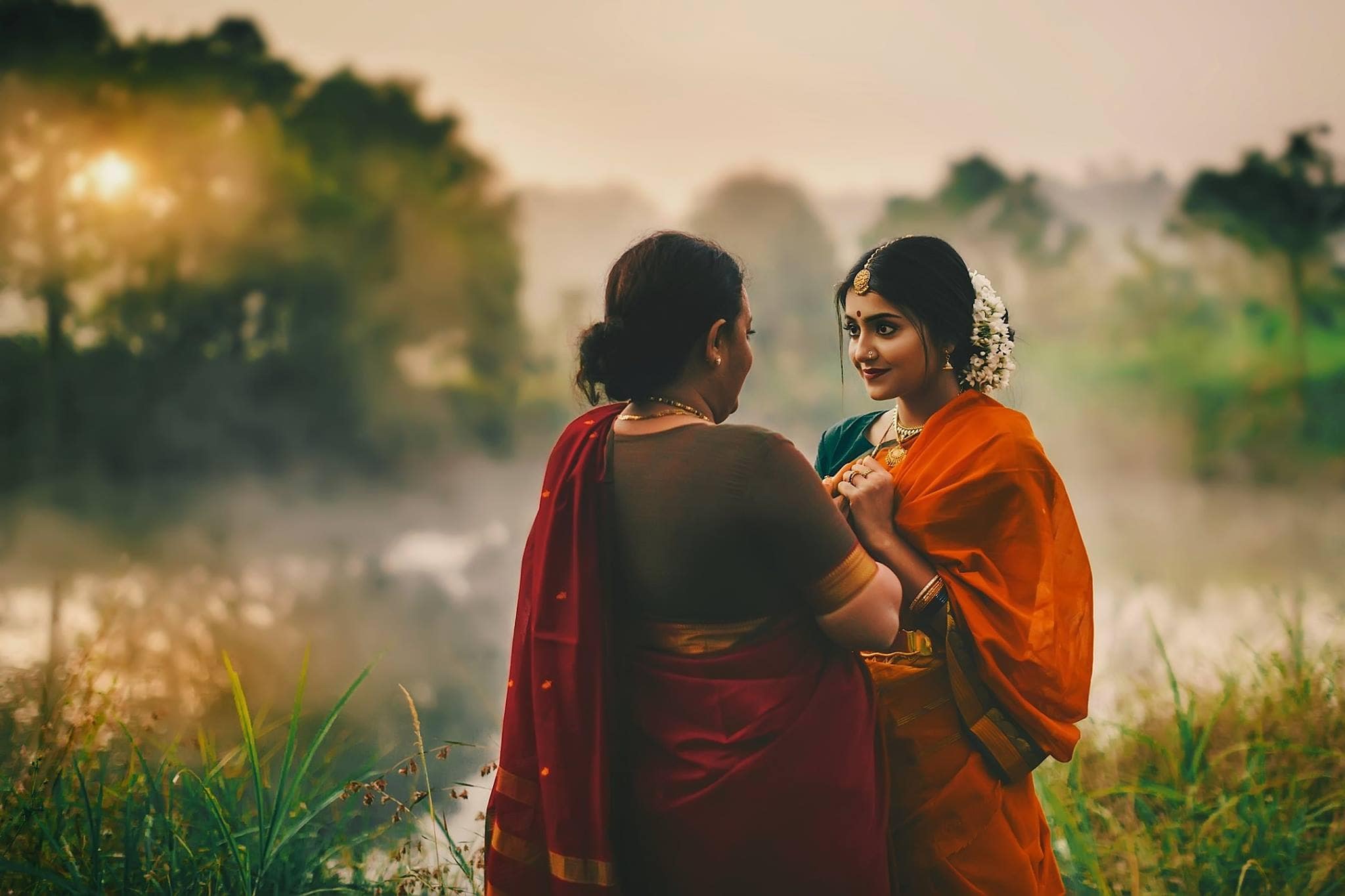 When met with atrocity, a woman ceases to exist. She is taken over by a beast, a demon, the God of Death if you will. Or it is safe to say that all this wildness is carefully weaved inside her, revealed seldom. And lest we forget, a demon is the most dangerous if it doesn’t act like one. Avani carried kindness and grace tied to the delicate anklets on her feet. She bore a divinity- the one that often peeps out of simplicity, rendering the person harmless and pure. And maybe she thought the same about herself. Little did she know, she was destined for greater things. Things she may have never consciously chosen to encounter. But life doesn’t work like that, anyway. The Kashyapi forest would echo her heart-wrenching tale for years to come. Presenting Avani, a moving photo story packed with soul, brimming with colour and emotion. A tale of a daughter presented with separation. Of a wife faced with near loss. Of a mother summoned to sacrifice. But most importantly, a tale of an ordinary woman placed under extraordinary circumstances.
Discover 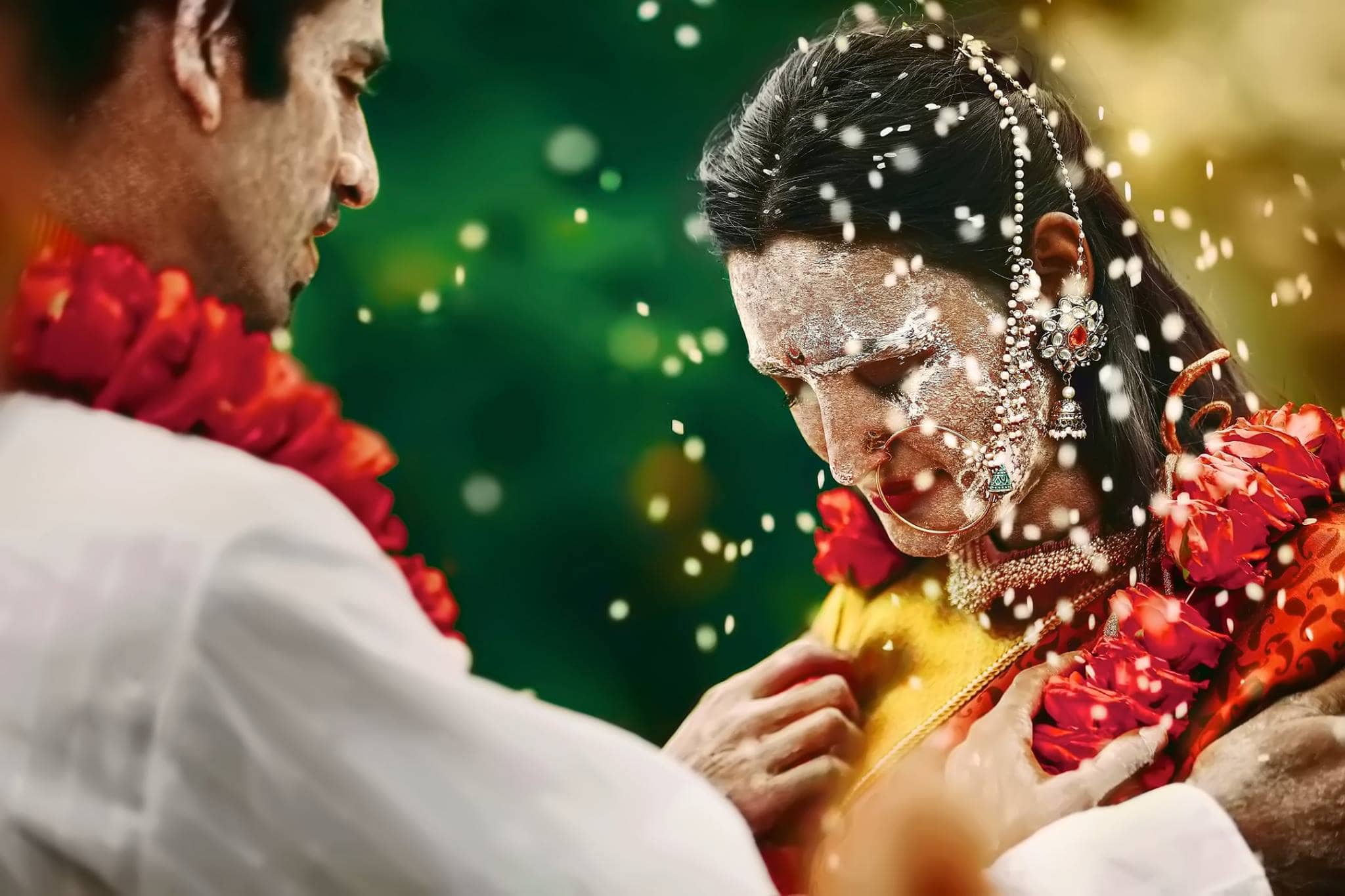 Color of Our Skin

To live in a society that constantly associates dark with ugly. To shrink your blooming self to a bud, hoping no one can see you as you are. To be called the bearer of bad luck. To watch your whole existence diminish under the shadow that is your dark skin. As if it is a sin. As if dark is the worst you could be. As if there can never be any beauty in darkness even if you tried to look for it. That if you weren’t dark, you would finally be someone. Someone of value. Someone worth accepting, someone worth loving. Presenting Colour of Our Skin, a photo story speaking of darkness, abomination, and fear. But more importantly, a story of self-discovery, love, and fulfillment.
Discover 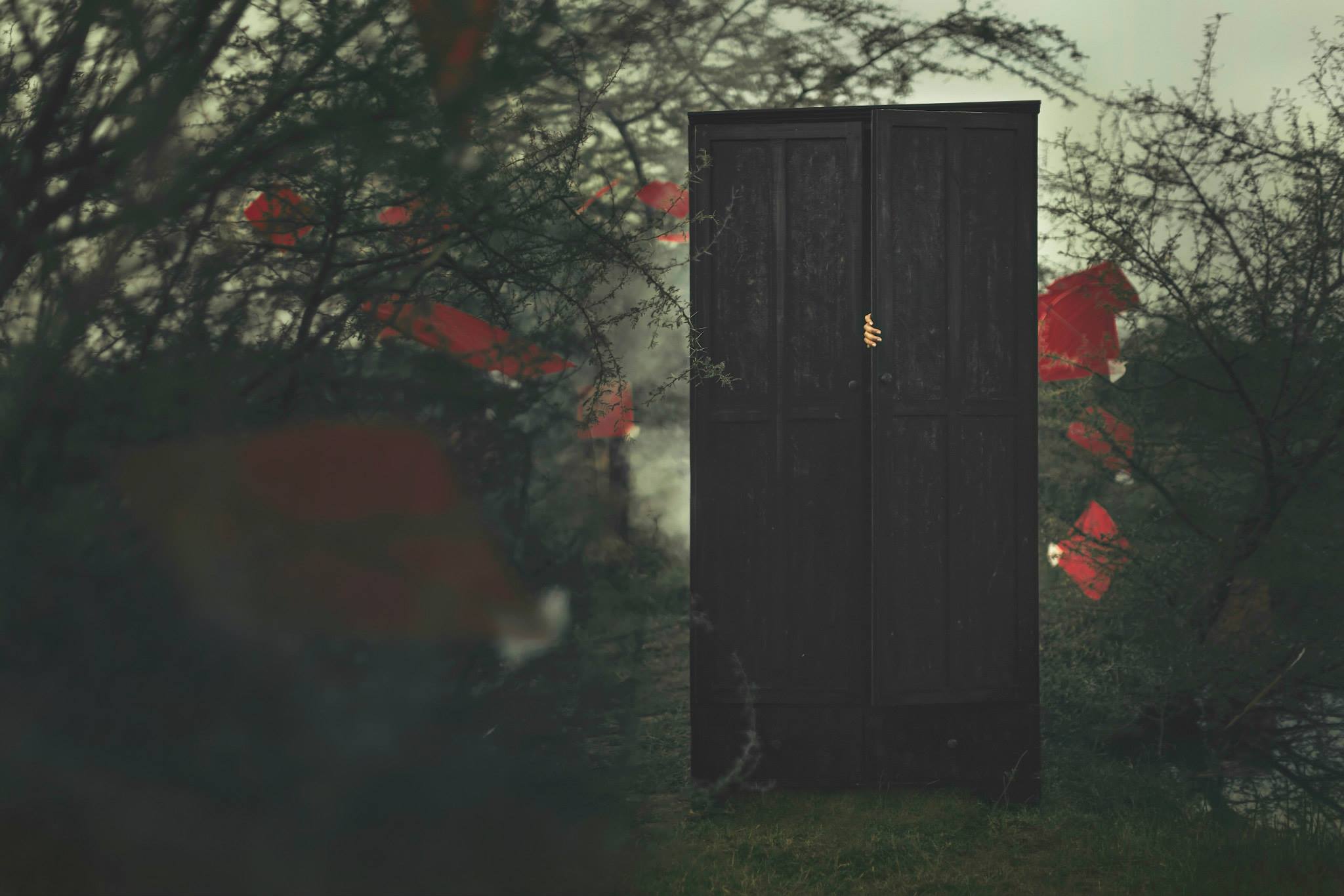 Shakespeare called it unsettling. Marquez, a disease. Bukowski called it a dog from hell. It has been known to man since ages that one is powerless in the course of love. So who made the love rules, when it is love that makes the rules? And what of those who contravene? Let’s ask simpler questions, direct questions. Who made the love rules? Why is one love celebrated, and the other locked in a closet to suffocate and die? And what of those who contravene? If you knew how it will end, would you still begin? If you knew your defiance would shatter your world, would you still rebel? If you knew to let your love see the light would cost you your life, would you still come out? Presenting Coming Out, a purposeful photo story that comes to life on the foundation of well-crafted pictures to question the biased temperaments of the society, to break the conventional rules and pinpoint their shortcomings, one visual at a time.
Discover 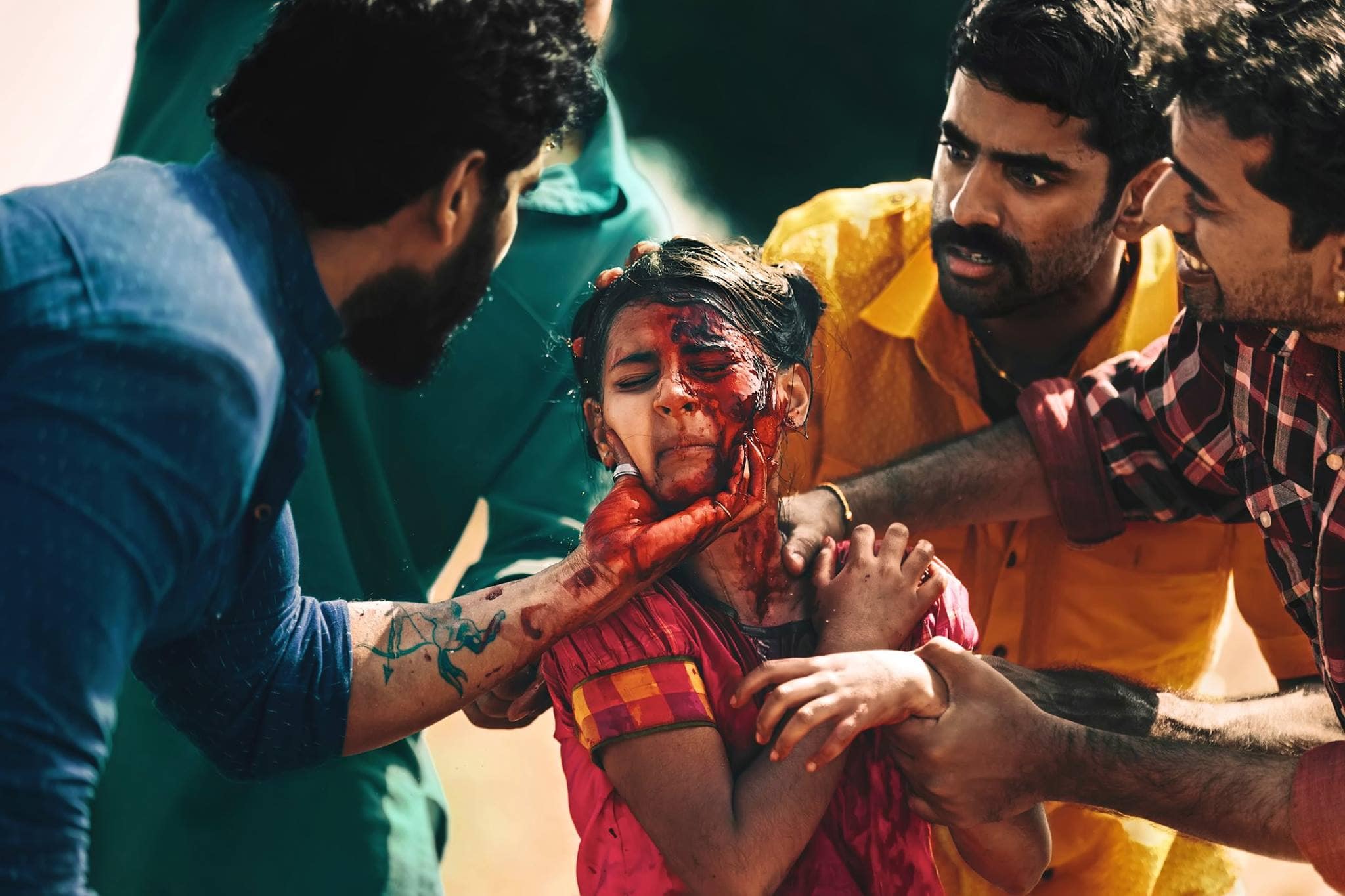 There is warmth even in the coldest of hearts- one just has to walk in with a candle. The Awakening is a photo story that plays around many diverse emotions, reflecting this very moral. It portrays a mother’s fear of losing her unborn. It highlights the ugliness of humans and how it can be defeated. It is a story of oppression and the overcoming of it. Of becoming and of coming undone. Of finding the right path and choosing it over and over again. Of awakening the good in you while the devil sits on your shoulders broadcasting vices.
Discover 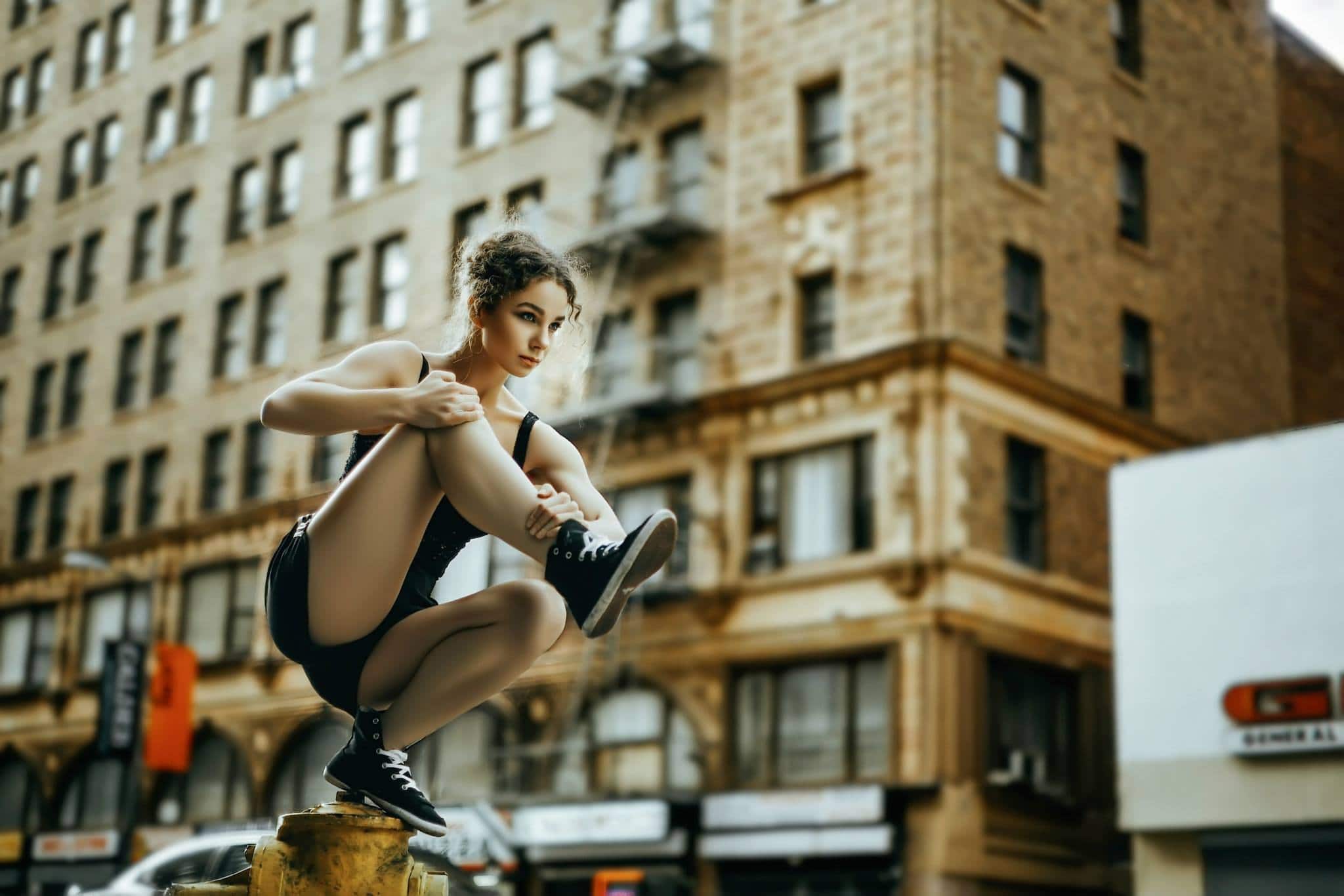 “It’s the possibility of having a dream come true that makes life interesting.” Paulo Coelho’s famous quote adequately sums up the life of Russian dancer, gymnast, and performing artiste, Olga Sokolova. Arjun had collaborated with Olga on a photo narrative earlier called ‘Dharani and Malina: The Island of Eternal Bliss’. During the breaks of the shoot, Kamath and Olga spent some meaningful time talking. Olga shared snippets of her life story and the photographer was deeply moved by it. This conducted him to bring her story to life through his gifted art of storytelling. He believed that while the struggle is common to all, it is often artists who are able to use it as inspiration. This thought drove him to add more emotion to this documentary-style photo story. Kamath has carefully imbibed the dancer’s life philosophies and experiences with this narrative, making it an almost personal experience for everyone who would discover it. The life story photography was documented over a span of five days. It was shot in a variety of locations- on the crowded streets of downtown L.A., inside a metro, in Sokolova’s home as well as her dance studio. He wanted to mirror the athlete turned dancer’s life and thus decided upon locations that featured in her routine. Through the photo narrative, Kamath wishes to inspire young artists, to show them the light at the end of the tunnel and to encourage them to go through the struggle. Because looking at Olga’s and his own life, he believes that the struggle might as well be worth it.
Discover