Travel photography births out of the desperate need of remembering each moment spent in a different land. Of hoarding trinkets from all the places you have been. It pushes one to remember, to reiterate, and to keep going back without having to go back. It is the thrill of knowing a new place and showing it to the world the way you see it. It is the urge of finding something precious somewhere you have never been before. To let your eyes devour the view; to capture a flickering moment and to immortalize it. It is the necessity of crossing oceans and bringing closer an emotion which lays poles apart. It is the dire need of knowing the feeling of a particular time and place, of being more aware of the world in all its dispositions. Travel Photography, in a nutshell, carries with it a deep philosophy, stirring a deeper yearning in someone who pursues it.

Kamath’s travel pictures turn a vanishing moment into a souvenir. For him, traveling is not just about ticking the popular places off the map. The photographer likes to submerge into the place to the extent where he becomes a part of it. So he resorts to its most common and least acknowledged parts. Going about the streets, Arjun explores the markets, chats with people, and this is where he discovers gold. His travel photo gallery is a treasury of travel portraits in all their individuality. He represents a place through its people and not its monuments. He believes in scouting ambitiously, looking for events and places that would otherwise go unnoticed. His photographs often feature a pleasant outburst of colors and a graceful employment of natural light. Stored here are some of the most endearing moments of Arjun’s travels. Every city he visits is like an emotional journey for him. The travel portraits he captures remain close to his heart long after he returns from the distant lands. Even if he does not visit the place again, the laughter of the man in a photograph or the giggle of young schoolgirls always transports him back there, filling him up with a sense of nostalgia. Come, make yourself a part of his journey. 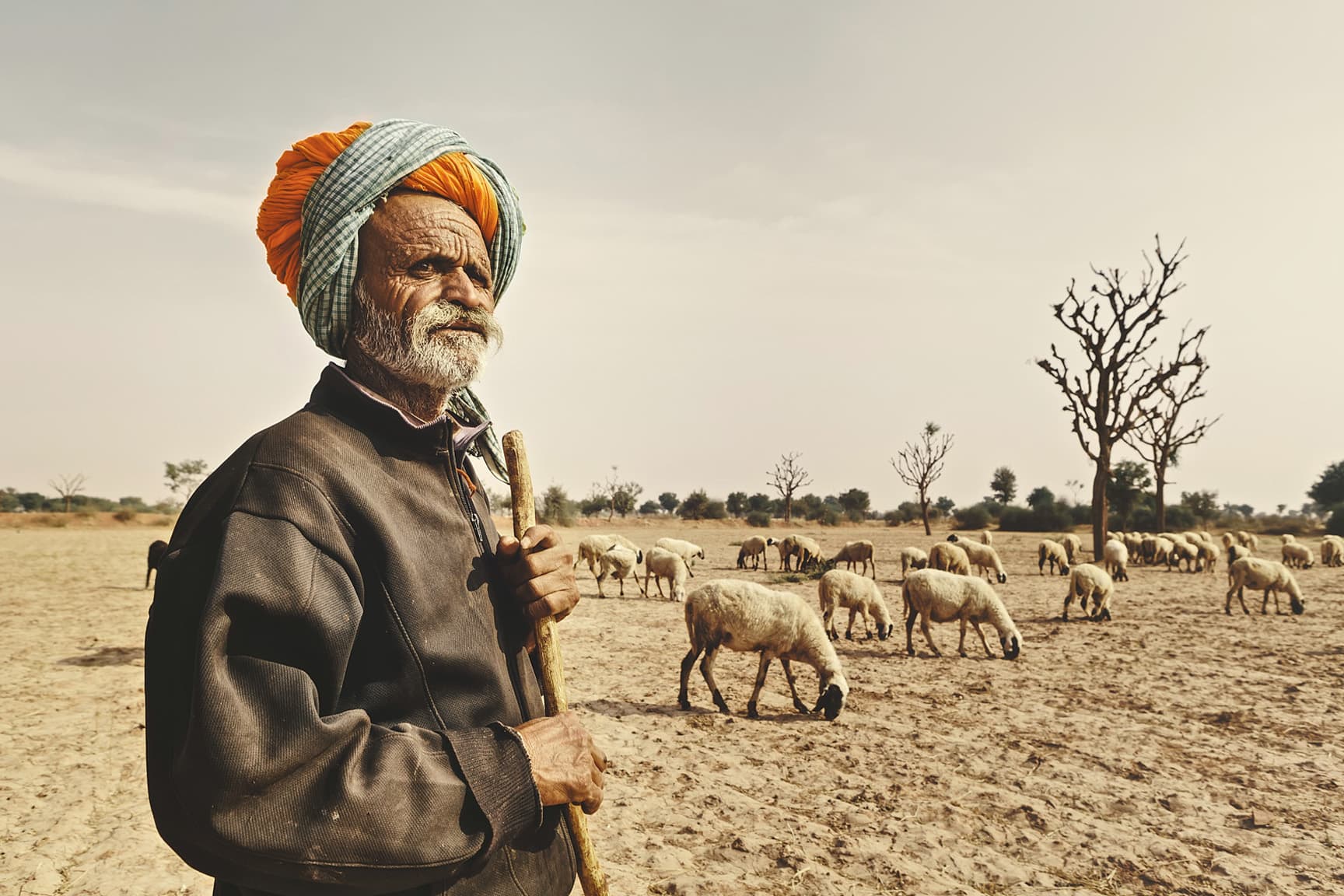 Prominently known for its golden sands and colorful landscapes, Rajasthan has a simplicity about it which is lost to many parts of India. It shines the brightest in its regal beauty of havelis, forts, and mahals. However, overshadowed by these royal structures are Rajasthan’s alleys. Sinewy and lonely, they often echo the lives of people who fill them during the day. A quiet Chachaji sits in his sari shop which roughly spans a king-size bed. A mother sells anklets on the streets for half the price they could fetch in a shop the size of Chachaji’s. A jovial man coils Jalebis in sizzling hot oil at the break of dawn. Yes, the streets come alive with the sounds of everyday chores very early on. The splash of fresh batter in oil, the sloshing of pots filled with water, the ruffling of an old man’s newspaper all fill the streets way before the sunlight does. When on a travel photography expedition in the rustic cities of Rajasthan, Arjun captured the many lives he came across on these very streets.
Discover

This is the land of pashmina, shikaras, and snow. A land of unbridled beauty ingrained in each part of its scenery. This is a misfortunate heaven on earth. This is the valley of silence and war, of innocence and subjection, of glory and remorse. This is Kashmir. In one of his most moving travel photography documentation, Arjun encapsulates the bucolic lives of Kashmiri people. For its splendour is constantly accompanied by a longing, a sigh, it is no disclosure that life in Kashmir is different from everywhere else. Thriving in the heart of the mountains, lakes, and unparalleled divinity, it’s as if the people here have stored their pains and joys in their eyes. As if their whole world reflects in those eyes, with its innocence and endurance.
Discover 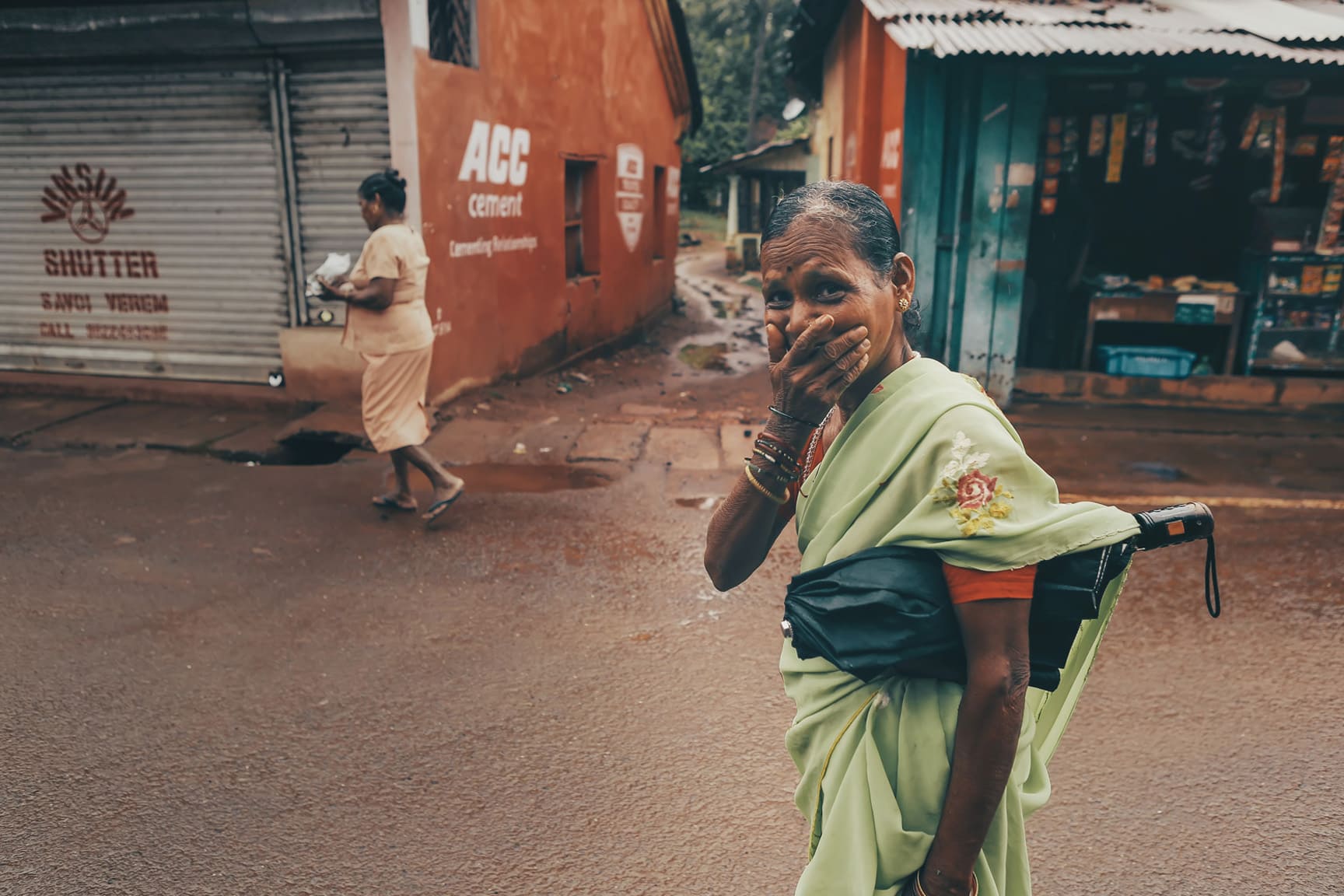 We’ve all loved Goa for its beaches, shacks, nightlife, and water sports. It is a place synonymous with adventure and relaxation. The most coveted getaway; a home to the luckiest, that’s how we know it. But is this all there is to the place? Like any other big or small town, Goa sways joyfully in its own eccentricities. To document the town in his travel photography expedition, Kamath takes to the streets and markets of Goa, where life moves at its own pace. Local men and women sell everything from fish to cashews and garlands to fruits here in the labyrinthine markets. A narrow street makes way for the other, carrying a post office, an ice-cream shop, a bunch of women selling ear-rings; and other odd combinations of street-happenings you can come up with. Kamath captures the lives of the Goan people as they go about their day, gracefully threading delicate flowers into garlands or selling a daily catch of fresh fish to make a living.
Discover 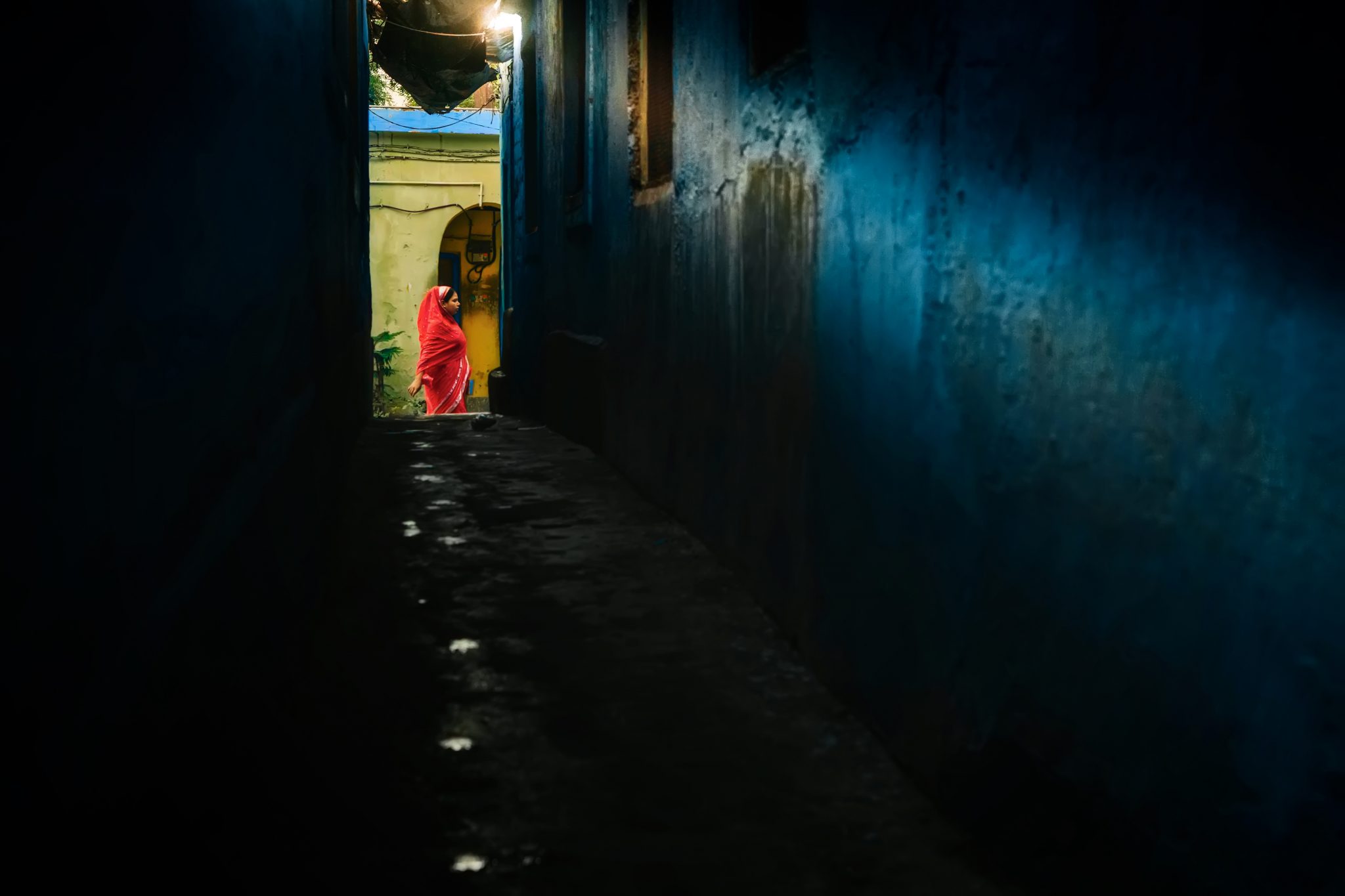 If a city could talk, Kolkata would have the most interesting story to tell. From being Calcutta, India’s capital during the British Raj to now becoming Kolkata, a metropolitan, the city has sure seen a lot. It has embraced modernization without letting go of its indigenous ways. It has prospered vastly without belittling the age-old traditions. And till date, the city’s identity lies in the imposing colonial architecture it has adorned since ages. In this travel photo-album, Kamath captures the ebullience of the city as he encounters some of the most amusing things happening on the streets.
Discover 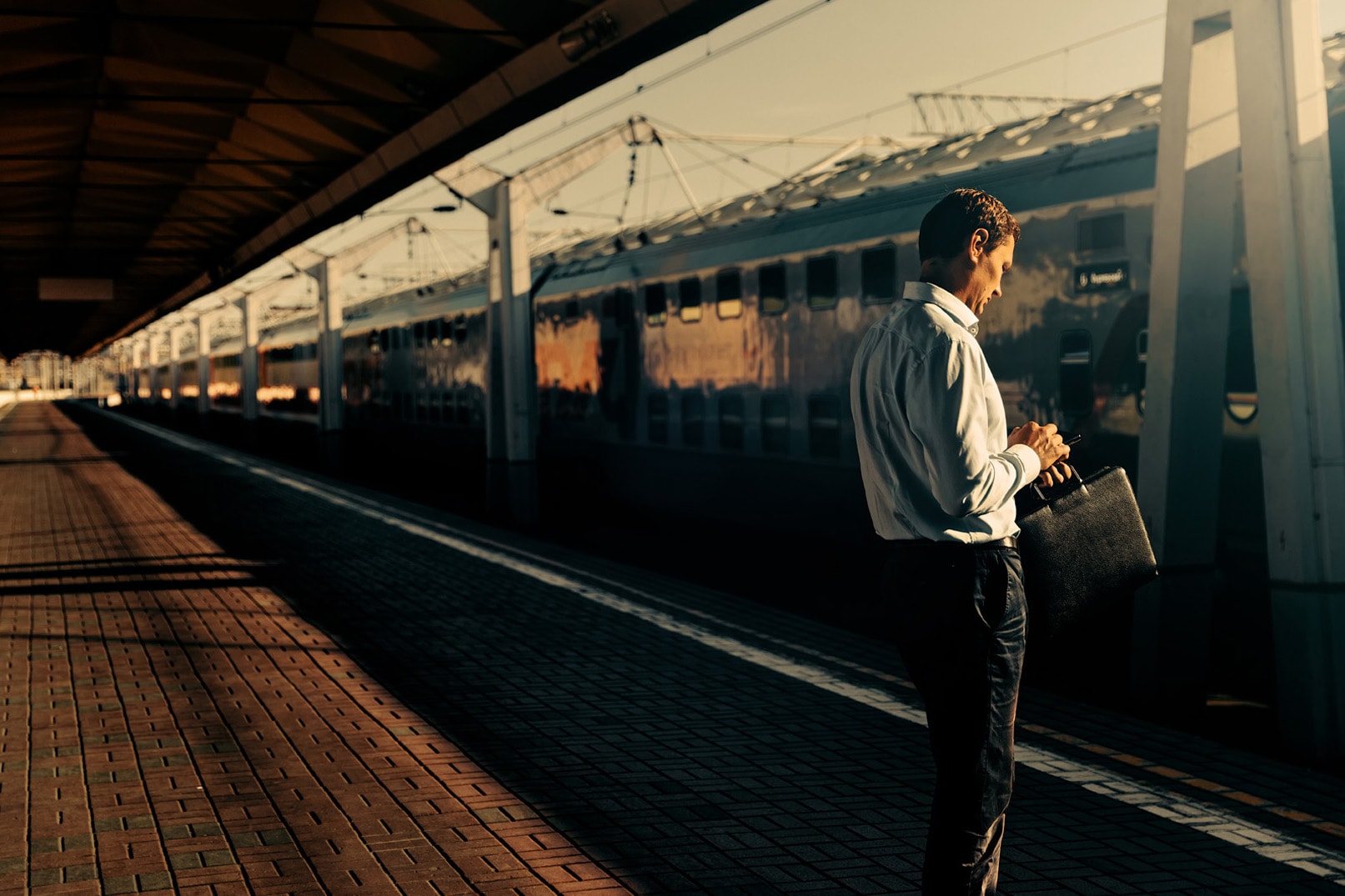 Arjun imprints the country’s culture and its people in his travel portraits from Russia. The gallery has an exotic touch to it and merrily speaks of a land very different from the one we live in. Among the wide region that Russia spans, two of its cities stand out. Not only do they stand out, but they do so in a poetically contradicting and an almost farcical manner. St. Petersburg, the cultural center of Russia, exists in an uninterrupted rawness faithful to its kind. It is the city of summer pastel buildings and royal cathedrals, of painstakingly beautiful churches with overwhelming names. It is the city of white nights, of idyllic settings, and of perennial art. Which is to say that here, art is not limited just to the gigantic and world-famous museums it shelters. For the city houses art on the streets, in its buildings, its bridges, and in everything else you rest your eyes upon.
Discover 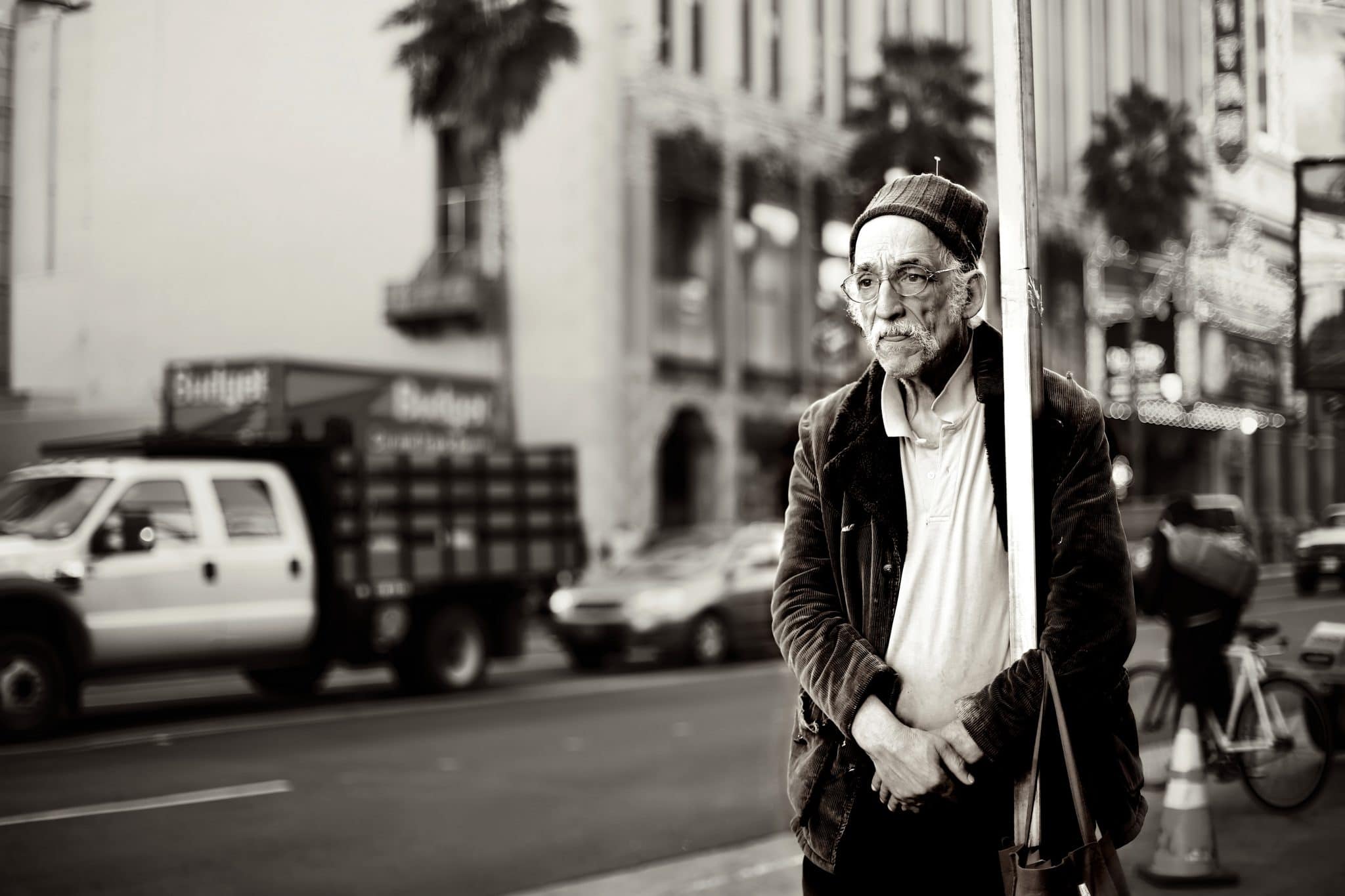 The city of Los Angeles is a kaleidoscope of history, art, culture, races, and experiences. Visiting it is like moving through a grand exhibit of eclectic artifacts. The said city of angels celebrates marvelous music festivals, has a unique art scene, and homes some of the best beaches and food places you can find in the United States. Home to drama, music, ballet, films, television, and all other kinds of art, it is never in dearth of artists. It delights in the fact that life is grand here, no matter its flaws. Structurally sprawled over a vast area, the place is rather an integration of many cities into one. I’ll put it this way: due to L.A.’s prevalent ethnic amalgamation, the easiest way to tell a tourist from a local is by asking them where one city ends and the other begins. And while the cities may differ individually, in the bigger picture, they all make L.A. what it is. And let me tell you something, just like any cosmopolitan, it is equal parts crazy, crowded, grand, and entertaining.
Discover